When I looked into her eyes, I saw that there in lived a thousand stories of love and war, heartbreak and hope, kindness and disillusionment all whirling around in the same ocean.
Since every young Israeli is bound to go to the army, she found herself posted at the border where she says she saw young Israelis return home from the land called India with ‘shining eyes’. Their eyes made her wonder what lay beyond and in a moment she made herself a promise that she would one day head in that direction.

When we first begin to speak in Manali, it was because Yoleen told the waiter to mash some garlic in warm water to soothe the sore throat and cold that I was complaining of.
A friendship formed slowly and yet deeply between Yoleen and I, as we walk through the pine forests speaking of our dreams. She is a teacher and this is her dream. For the longest time her parents who would rather have her work at the brilliant job she had, found it hard to accept, but Yoleen who loves children, unrelenting became one. And yet she had to come out here because she was journeying, searching for something and quite what she didn’t know yet…..

While she had learned the art of self-defense in the Army she still didn’t know how to defend her heart, wearing it on her brave sleeve. The last year had been heavy on her with her apartment getting burned down and heartbreak, that tricky thing that’s a part of life.

I journey on and so does she and when I meet her again for dinner in McLeod Ganj, there is a man sitting beside her called Aaray, whom she happens to meet by chance. Aaray was here in search of a lost dream. A lost love, an Englishwoman called Dilayla whom he met in the very hotel where he is now staying. He has her number and her facebook but he wants to use none of these to contact her,
leaving it all to fate, but fate was working by the one who created fate.

Aaray does not meet Dilayla….  but he does meet Yoleen living right opposite him as his next door neighbour at the very same hotel. A conversation that starts over sharing a light turns into exploring the mountains together, unravelling the many sights that the magnificent mountains hold.

Aaray is a history teacher most fascinating to talk to with his deep insights on everything imaginable.
I ask them about the strife in Israel and Yoleen is replete with stories.
“When I was a child, they would announce for us to go into the ‘safe room’ in the house and put on the mask, when they knew the missiles were about to be fired. And we would go in there really scared, put on our masks and wait. Our parents who were so used to it, would step outside to watch and point to the missiles flying overhead and say, “No not here, it’s heading across to the other side”.
She says all this in such a humorous way, that ironically we all laugh.

Aaray is losing his eye-sight and this is impossible to tell. I only notice this when I stick my hand out to say goodbye one night after dinner and he does not reciprocate. I start waving my hand about in front of his face, until someone kindly points this out to me. He has been an athlete growing up, running on the football fields since he was a child.
“Yoleen I’m a mess.”, says Aaray who is not coping so well with the fading eyesight.
“All I see is a beautiful man with so much love to give the world.”, comes her reply.

The last time I see Yoleen is with a pink setting sun, a Simon and Garfunkel song to which she is singing along and a cup of cinnamon tea. Tears run down her cheek as she tells me Aaray is leaving back to Israel.
After two weeks it is time for Aaray to head back home and for Yoleen to continue her journey. She says she must journey on because she came here for her.

A month after she leaves back to Israel, she writes to me saying,
“Aaray lives an hour away. I just came home after a cup of coffee”,
six months later, “So we’re moving in together” and just a little later, “travelling with Aaray.”
And now 2years later her last message to me goes something like this,
“We’re getting married in the Mountains. You have to come.”

I think of the distances that all of us travel for love and God’s brilliant hand in our lives. If it wasn’t for one cigarette that needed to be lit, they wouldn’t have come together.
The hotel, the cigarette and they themselves needed to be in the space of time.
Even before she met Aaray, she says, “I know this one thing; the Yoleen that came to India is not the same Yoleen that goes back out.”
She tells me that when I finish writing my book, she will read it to him. 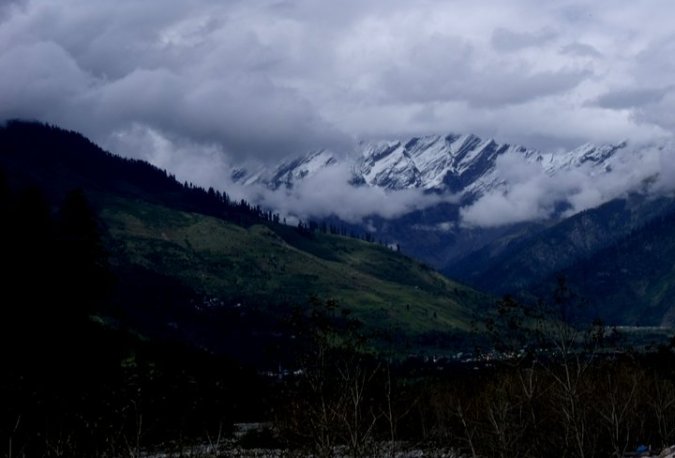