Often what Lyra thought was Love, was just an excuse for the word.
Love as time went by, she found was far more than the definitions she had given it in her unknowing youth.

It was more than the romance of candlelight.
Yes that too was an expression of love, but it was also his shadow that fell upon her, on the night she was unwell.
It was the days of laughter and journeying into the beauty of the mountains.
Yes it was walking down the streets with joy upon their lips,
but it was also the days of confusion, pain and solitude where he stood by her silently, as she searched her own soul.

It was the days of celebration, drunken in love with wine laced lips,
of song and dance and love-making.
but it was also the days doing things completely wrong,
to find his forgiving arms embrace her at night.

It was the days spent learning all the good they had to offer each other,
dreaming dreams and igniting a fire in the soul of the other,
simply because of the courage love gave them,
but it was also the days of having hope together, when dreams seemed far away.

It was looking into each other eyes, seeing only what they could see, feeling only what they could feel.
It was kisses and fingers running through each other’s skin and hair.
But it was also the nights when the dark weakness in their soul prevailed,
and even though it hurt to find it,
it was the nights when he held Lyra’s hand to say a prayer to the God,
that had blessed them with this Love.

It was the blissful days spent by the window with the setting sun upon their gleaming eyes, her head on his chest beside the moon drenched waves,
time spent tasting love’s sweetness,
but it was also the nights of agony when Love seemed so confusing.
And yet he was always near. 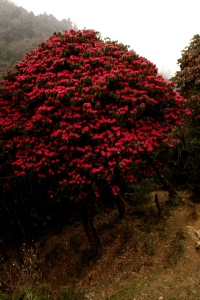 One thought on “Lyra’s voice”